How Social Media Has Grown Up 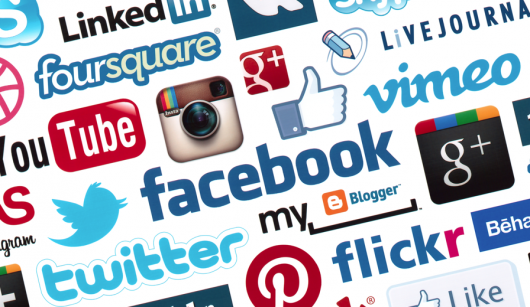 ‘I’m going to a Russell Brand gig next week’, ‘you should totally tweet him’ my friend excitedly shouts. ‘Erm I should do what to him?’ ‘Haven’t you got Twitter?’ in the tone that could have been asking ‘Haven’t you got feet?’ ‘Erm … No?’ My friend then went on to tell me all about this magical cyber epidemic, that isn’t exclusive to just the average john, celebrities are interacting with normal, ugly, peasant people like us too! Although I didn’t take the advice of tweeting a picture of myself to Russell Brand in a compromising position, I did activate a Twitter account that night, as I am a digital sheep. After approximately thirty-five minutes, my ‘high-speed’ Blackberry loaded the more iphone-friendly Twitter, a bit like an old man squeezing on some Nike high-tops, but this was about 5 years ago, when the world of social media mainly meant ‘Have you got Facebook?’ It was also when I was working at a women’s weekly magazine, Love it! an industry that was already being threatened by the world of digital. After setting up a website to put their foot in the cyber door, Love it! then wanted a space on the social media bandwagon, hence the Love it! Twitter and Facebook were born…so now what? My colleague and me decided a good strategy would be to upload pictures of us dressed in funny props/attending events and every now and then referring to the magazine. And kittens, somehow a kitten picture will eternally be a social media weapon.

When I jumped ship to the PR world, Social Media had grown and took on other forms; constant selfies with make-me-prettier filters were being uploaded on Instagram, single girls making secret ‘my-dream-wedding’ boards on Pinterest, and bloggers posing and writing and then more posing on tumblr. Therefore, by this time every job in the media industry was requiring social media expertise, and even though my Love it! Social Media experience was at a minimum, I did have personal experience from social media platforms that were around before Facebook, (yes in that pre-historic world before Facebook), MySpace, Aol Chat and MSN Messenger, were a gentle introduction to the social media obsessed world that is now.

Joining PR was also a time when Social Media was being recognised as an extended and effective way to promote and communicate brands, which is now evident in the statistic that 93% of Marketers use Social Media for business. Over the past two years, I’ve noticed clients go from dismissing social media completely, to now realising that if they’re brand hasn’t got a social media presence, then it’s pretty likely that their competitors will, so it’s a bit of a no brainer. It is said that 70% of marketers who have used Facebook have successfully gained new customers and companies that use Twitter, on average, double the amount of leads per month to those who do not.

Not only will brands see economical results, they’ll be able to inject their brands with personality and create a community, and this is when social media stops being just a place to inundate follower’s virtual wall of products. Creating a social community requires time and planning and it’s about informing, engaging and rewarding loyal fans and followers.

The past two years have taught me that social media has to be adapted for each client, when you get the specific tone, platform and content pillars right, that’s when a social media presence is made.